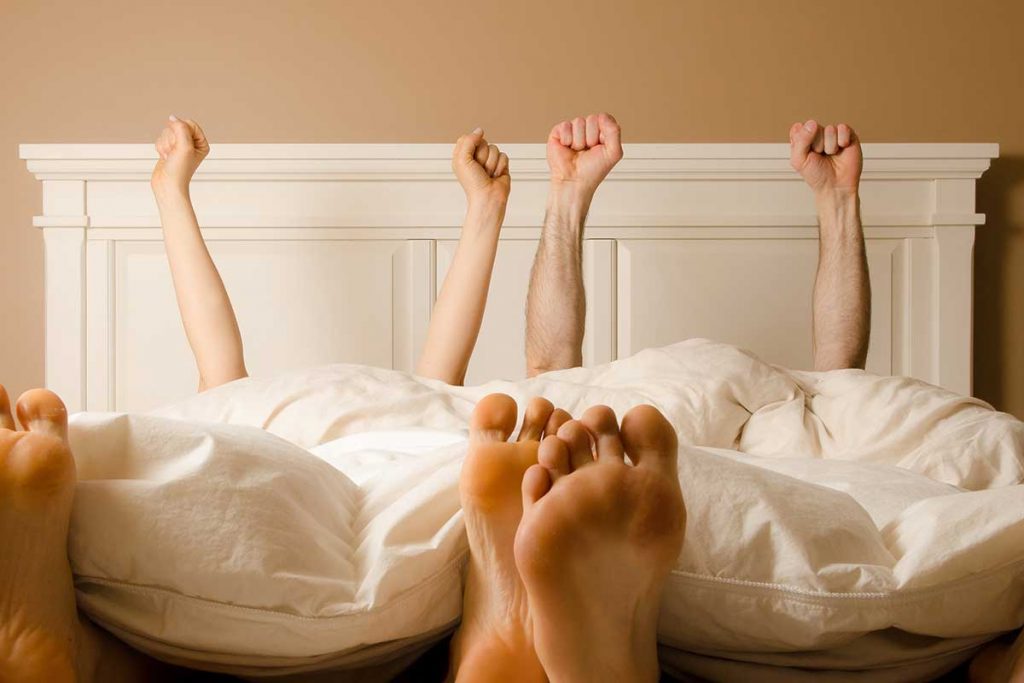 Squeeze and Tilt is an intercourse technique that creates the perfect angle and adds friction for better feeling sex. Use this technique on almost any sex position to make it feel better!

A woman’s anatomy makes having an orgasm from intercourse alone very difficult for about 75% of women. The primary source of pleasure for a woman’s orgasm is her clitoris which is a pea-sized nub located above her vaginal opening. The 25% of women who can orgasm easily from intercourse alone can do so because their clitoris is close enough to their vaginal opening to be stimulated during sex. So what can the other 75% of women do to increase their chances of having an orgasm during intercourse?

This technique requires that you do two things during intercourse. Don’t worry, they aren’t hard, and once you’ve got this technique down it’ll become second nature.

Arousal requires adequate blood flow to and around the clitoris and vagina. Get lots of blood flowing in your pelvic area by squeezing your butt during intercourse. The squeezing action draws blood to your pelvis area and it also squeezes him while he’s inside you and creates more friction you’ll both enjoy.

Part Two: Tilt – It’s All About the Angle

Tilt your pelvis during intercourse so that your husband’s penis firmly rubs against your g-spot as it moves past it. If you’re laying on your back in the missionary sex position you’d tilt your vagina towards the ceiling. If you’re in the doggy-style sex position you’d lift your lower back and tilt your pelvis down so that your vagina points down towards the bed.

That’s it! Simple, right? Squeeze your butt to stimulate blood flow, and tilt your pelvis so that the angle of penetration causes hubby’s penis to press against your g-spot as it passes over it.